Found and appreciated around the world, colorful and sparkling cut gemstones share a universal appeal. The inherent allure of gemstone jewelry, with its myriad color and style combinations, is its ability to create, capture or reflect personal style.

Featuring gemstones in jewelry dates back thousands and thousands of years. Gemstones and gemstone jewelry have a long and interesting history. The story of the “Breastplate of Aaron” chronicles gemstone use for tribal and spiritual purposes. Examples of gemstone use in ancient Christian, Egyptian, Roman, Greek and other civilizations is widespread – recognizing gemstones for their mystical properties or their representation of wealth, cultural beliefs or religious affiliations.

In modern times, the practice of assigning meaning to stones associated to astrology, more specifically as birthstone jewelry, was first seen in 15th century Poland. In the early 1900s the connection of specific stones to birth months was formalized in the United States. Though criticized by gemstone purists as a commercially motivated effort, people worldwide embrace the concept of birthstones and appreciate the ability to place deeper meaning in the gemstone jewelry they wear.

As you search for the right gemstone jewelry, the folklore, myths, characteristics, or properties associated with each gem may offer you or its wearer greater interest, meaning and enjoyment.

The distinction between precious and semi-precious gemstones probably most reflects the perceived availability of the respective stones in historic times. Stemming from the ancient Greeks, the traditional differentiation of precious and semi-precious gemstones was rarity: diamond, ruby, sapphire and emerald were considered precious, while all other gemstones were considered semi-precious. In modern times, the terms in a commercial context are less likely, due to the significant range of quality, availability, size and cost of all gemstones in today’s marketplace.

Resembling the beauty of more costly genuine gemstones, lab-created synthetic and simulated stones have been popular in jewelry for many hears. It is important to know, though, that the value of these imitations varies greatly, and their everlasting beauty depends on the kind of gem they are.

Lab-created synthetic gemstones are typically similar in composition to their naturally occurring mineral counterparts, but they are grown in a controlled laboratory environment to yield a similar result.

Simulated gemstones are look-alike substitutes for genuine gemstones. Because simulated stones are imitation and not made from the same minerals, they cost less and usually have no flaws, but they may not behave in the same way as their natural counterparts with respect to brilliance, sparkle, hardness or longevity.

Know the “Quality” of the Gemstone

Identifying the quality level of the stones used within gemstone jewelry ensures that the gemstone rings, necklaces or other pieces you purchase retain their value. Colored gemstone valuation may be more subjective and can be more complicated than valuing diamonds. However, as with diamonds, starting with the Four Cs can be helpful: 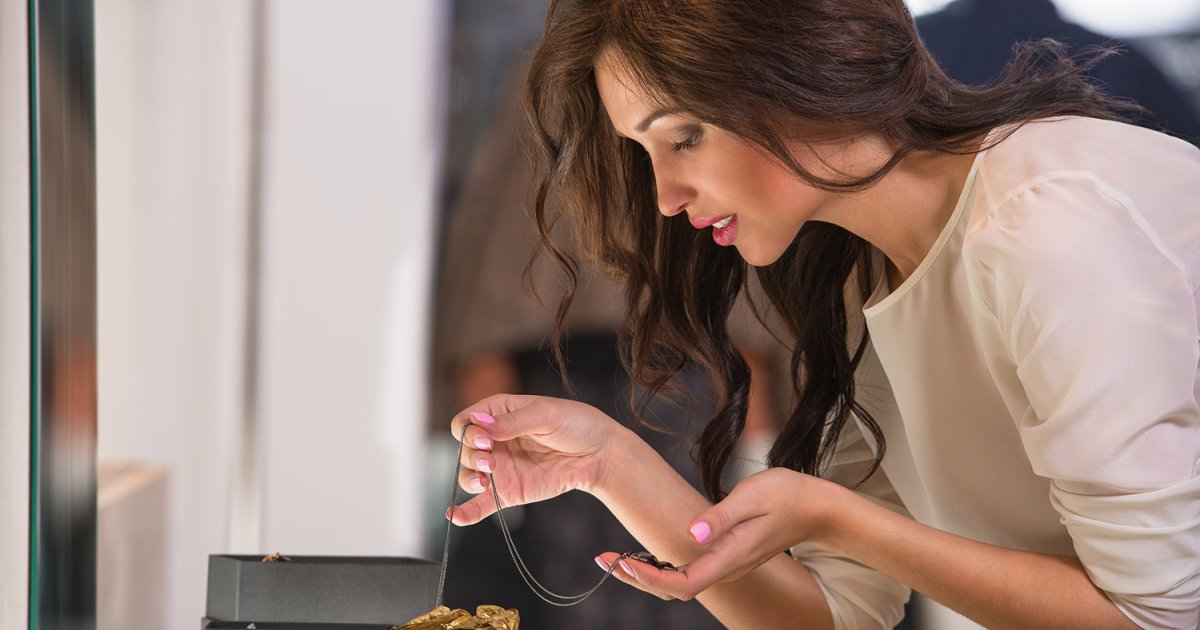 Why some Jewellery causes Skin Allergies and How to Avoid them