History of Indian Jewelry and its Origin

The historical background of Indian jewelry takes us back to the history of the country itself as both are almost equally old. It was around 5000 years ago when the curiosity to beautify themselves by adorning some jewelry pieces arouse in people. Since the beginning of the journey, the charm of jewelry and the beauty of Indian women by adorning it never separated. It is rare to find any woman in India who may not have ever loved to decorate herself with jewelry.

In India, jewelry has not only traditional and aesthetic value, but is also considered as a source of security in times of financial crisis. The amount of jewelry owned by a woman also signifies her status and adds to the riches in her name. Jewelry has covered its journey since the beginning as an evolving art form. The beauty of Indian jewelry lies in the uniqueness of its design and the efforts of the workmanship involved in creating the intricate designs.

Indian jewelry has played a pivotal role in highlighting the beauty of the various dance forms popular in India like kuchipudi, kathak or bharatnatyam. Classical dancers performing various dance forms are given an exquisite appearance by embellishing them with sparkling Indian jewelry. The number of items adorned by an Indian woman as jewelry is many and there is an ornament for adorning almost every part of her body. Right from the hair to the toe, there are jewelry pieces to highlight the beauty of the Indian women.

The tradition of adorning oneself with jewelry has gained even more vigor in the modern days. The art of creating intricate ornaments, with delicacy and patience, has been a part of India throughout its history. The patronage given by rulers to the art as well as the artists helped in flourishing the beauty of Indian jewelry even more.

The bridal jewelry is chiefly created to match with the attire of the bride. The theme and the color of the jewelry play a pivotal role in giving it the intricate look. To add to the attractive element of the ornaments, diamonds and various other gems are used on the base metal of gold.

The traditional jewelry of India has always been quite heavy consisting of voluminous gold pieces. However, with the change in times, the contemporary jewelry which is lighter in weight has gained a lot of popularity among the Indian women.

Jewelry adorned by Indian women has never been limited to be of any particular stone, but has always shown a variety in it. Ornaments made of various precious and semi-precious stones like emeralds, pearls, diamonds, rubies, sapphires, etc. have been used since ages. The variety of jewelry created in India is not only to suffice the aesthetic sense, but also to fulfill the religious needs. Not only human beings are adorned with jewelry, but it is also especially crafted for Gods and Goddesses and even for ceremonial animals like elephants, cows and horses.

The art of jewelry has been patronized by the royal class of India since ancient times when the right to own the most magnificent jewelry pieces even led to battles. The availability of wide variety in Indian jewelry is mainly due to the difference in designs depending on the regional needs which include the varying tastes of people from different cultures and their lifestyles

The jewelry designs famous in different parts of India give a huge variety to the Indian jewelry in both traditional and contemporary styles. The gold jewelry designs of Tamil Nadu and Kerala draw their inspiration from nature and the kundan and Meenakari styles of jewelry are inspired by the designs of the Mughal dynasty.

Not only gold, there is also a vast variety of silver jewelry found all over India. The silver bead ornaments are especially popular in the states of Gujarat, Rajasthan, Himachal Pradesh and Madhya Pradesh. The credit for even the contemporary silver bead ornaments goes to the craftsmen of these states.

Assamese jewelry draws its inspiration from the local flora and fauna and Manipuri jewelry makers create jewelry with the help of shells, teeth, animal claws and precious and semi-precious stones. The huge variety of ornaments gives proof of the excellent skills of the craftsmen of the country.

Indian jewelry available in various precious as well as semi precious stones are widely popular all over the world where people love to give an exquisite look to their personality by adorning themselves with intricately designed jewelry pieces from India.

Jewelry presented as gift to Indian women at the time of marriage is called ‘stridhan’ which refers to the wealth of women. Though there is a lot of difference in jewelry designs adorned by women of different states in India, but some basic jewelry pieces like maangtika, earrings, nose rings, necklace, mangalsutra and bangles adorned by women in India, especially the married ones, still remain the same.

Whether in traditional or contemporary designs, gold has always been the most widely used metal for creating ornaments. In the past few decades, the fashion of gold jewelry ornaments being studded with diamonds and other precious stones has gained a lot of popularity.

The love for jewelry in India can be judged from the presence of jewelry shops with plethora of designs in every city of India. Both traditional and modern jewelry shops are available to cater to the needs of the people according to their requirement for various occasions. The usage of jewelry is not only limited to highly affluent classes, but it is also adorned by low income groups for whom ornaments made of semi precious stones are readily available at affordable rates.

The art of cutting and polishing precious and semi-precious stones for creating a mesmerizing jewelry piece has been the skill of Indian craftsmen since ages. In the modern world, though a lot of modernized styles have been used to meet the style of the urbanized civilization, the traditional style of jewelry couldn’t be moved out of fashion and it is still the most loved form of jewelry adorned by Indian women on various festive occasions. The best part about the contemporary Indian market is its beautiful blend of traditional and modern jewelry available in both gold and silver metals decorated with dazzling precious stones that attract everyone’s attention.

Undoubtedly, the journey of Indian jewelry has been very long, but it has only led to increase in its charm since ages without diminishing its craze among the women by even 1%. The needs of the people have changed for which new designs have come into view, but the exquisite and intricate traditional designs adorned by women enthralls everyone with its alluring effect.

Celebrities believe Diamonds are the heart of jewellery industry! 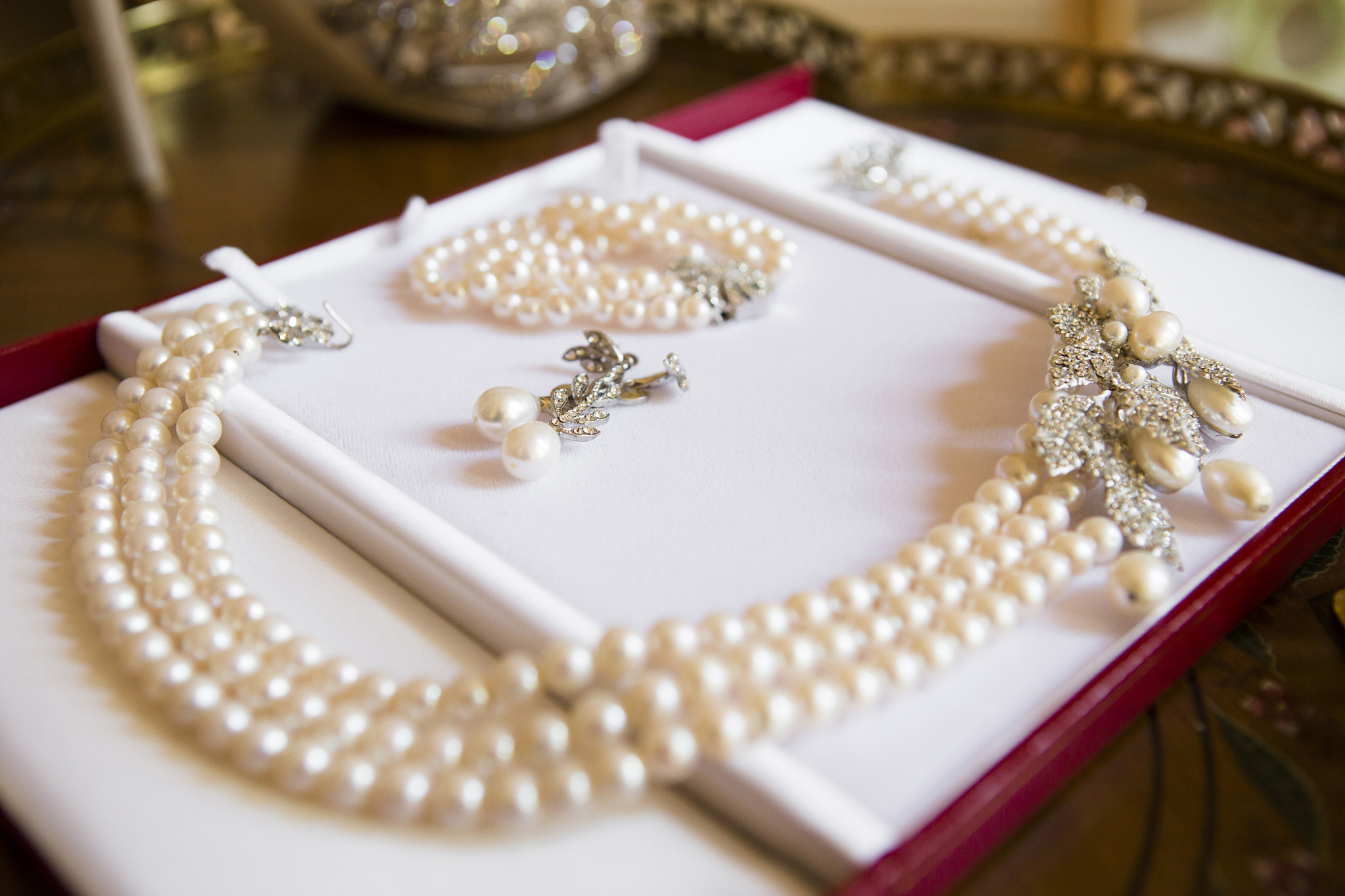 Best Ways to Store All of Your Jewelry